Sudden death in athletes and a promising prevention strategy 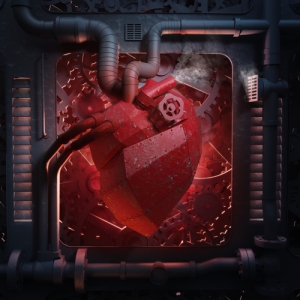 The majority of posts in this blog are related to health, physical activity and athletic performance enhancement. Throughout the last two years we have sought to reveal and promote several physical and mental techniques targeting sport participation, athletic performance optimization and injury prevention. With this post I want to direct your attention and awareness to a very critical – and at the same time very sensitive – sport medicine topic, the sudden cardiac death (SCD) syndrome. I’m sure we can all agree that this is a scary topic, however it cannot go unnoticed. However, youth sport participation is continuously increasing and sudden death syndrome is a reality that none of us can take away. According to a recent review, SCD in athletes is rare but has seen an increase in awareness due to the high profile deaths of several young athletes in the last three decades. Therefore the question that arises is, how can we as coaches or parents prevent this from happening to our athletes and children? What is sudden death syndrome and how can we recognize the signs before it’s too late?

The first recorded incident of sudden death of an athlete goes back to 490 BC, when Phidippides, a young Greek messenger, ran 26.2 miles from Marathon to Athens delivering the news of the Greek victory over the Persians, and then he collapsed and died. That story is likely  not known by most of us, since it requires knowledge of Greek ancient history. However, over the last few decades the media has documented several sudden death incidents to which we have been witness, in both recreational and elite sport settings. Bringing up one of the most recent tragic incidents, we can all remember the wingback footballer player Antonio Puerta; a 22 years old who collapsed about 35 minutes into the game on August 28, 2007. He had no health issues prior to this collapse and was medically fit. What spurred an increased awareness of SCD in the sports medicine community and the public were the deaths of college basketball star Hank Gathers back in 1990 and professional All-star basketball player Reggie Lewis (1993).

Sudden death most commonly occurs in football or basketball, accounting for two-thirds of sudden death of athletes in the US. In the rest of the world, soccer is the sport most commonly associated with sudden death. Sudden death occurs in 1 to 2 in 200,000 athletes annually and predominately strikes male athletes (1). During the last three decades, cardiologists and sport physicians have identified several SCD signs that we should be aware of. The signs and symptoms are visible mostly when the athlete has had an intense workout and is subsequently very tired. Some of the symptoms are as follows:

When these symptoms are noticed, the athlete must be transferred to the nearest hospital as soon as possible.

Nowadays, most cardiologists are in favor of a selective SCD screening strategy. The selective screening involves taking the patient history in an attempt to single out those who may be at risk for SCD. Specific questions focus on the family history with regards to SCD, premature death from heart disease, cardiomyopathies, or congenital heart abnormalities. Any past cardiac symptoms such as shortness of breath, palpitations, chest pain, or fatigue would also be explored. The next step is the physical examination of abnormalities in blood pressure or heart murmurs. Further, individuals who are thought to be at risk would undergo further testing with an echocardiogram and electrocardiogram (ECG).

As coaches or parents, we should not stay passive and just wait for signs and symptoms before we take action and run to the nearest hospital, since this might be too late to save someone’s life. On the contrary, we should screen our athletes and kids before they get involved in any kind of sport activity, and perform cardiac medical screening on a regular basis. The success in SCD screening has been well documents in Italy, where all athletes aged 12-35 years were screened on an annual basis since 1971 (2). The SCD screening program included a history and physical examination, exercise cardiopulmonary function tests and an ECG. The Italian National Health service, which funded the program, found a 90% drop in SCD; from 3.6/100,000 to 0.4/100,000. Since then, these promising results have inspired a number of health associations around the world to initiate their own SCD screening programs.

Anastasios Rodis is an exercise physiologist at Aspetar Orthopaedic and Sports Medicine Hospital in Qatar. Anastasios holds a European Masters in Sport and Exercise Psychology (Lund Universitet, Sweden/Leipzig, Germany). He has also completed an M.Sc in Applied exercise physiology (University of Bangor, wales, UK) and a B.Sc in Sport Sciences (University of Portsmouth, UK). Anastasios has 15 years of athletic history in track and field. He has worked as a sport psychologist with elite Swedish swimmers. He has also efficiently cooperated as an exercise physiologist with Panathinaikos football club and worked with elite athletic teams, individual athletes as well as patients with musculoskeletal injuries. His main focus is the promotion of exercise and healthy lifestyle by using and combining both physical and mental techniques.
View all posts by Anastasios Rodis →
This entry was posted in exercise physiology, sport medicine and tagged exercise, exercise risks, health, heart, medical screening, physical activity, sudden cardiac death, sudden death, youth sports. Bookmark the permalink.