The theory behind sport parents in youth sports 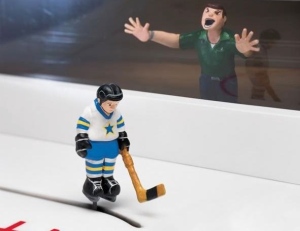 Sport plays a significant role in numerous children’s lives. For many children, sport participation is a positive and enjoyable experience, where as for others, sport can become a negative, stressful experience. Although kids` sport participation may seem to be influenced by factors such as coaches, peers, officials and spectators, there is growing evidence for the important role of the relationship between sport parents and young athletes. Tennis provides some of the best examples of excessive parental behavior, for example when Monica Seles’ father was banned from Women Tennis Association (WTA) events and Andre Agassi revealed in his autobiography how his father’s pressure made him ‘hate’ tennis. On the other hand, one of the greatest swimming legends, Michael Phelps, mentions several times in his autobiography that his mother was one of the most important persons for his athletic achievements and personal life development.

But what is hiding behind these well-known sports stories or millions of other cases that stay within the private family boundaries? How well does the scientific literature describe and explain the different forms of parent-kid sport relationships and what are the complications that sport parents have to deal with?

Back in 1987, Hellstedt tried to explore family system concepts within athlete families by creating a model, which describes three different styles of involvement. He separated sports parents into three categories: The first category describes the overinvolved parents. Overinvolved parents have dreams of fame and they see their kid’s talent as an investment in the future (e.g. to become an Olympic gold medalist). They try to stay involved in their kid’s sport by attending any kind of competition and training. This type of parents is characterized by being overbearing with coaches, and by focusing on wins rather than on their kid’s skill, happiness, health and personal development. Mainly, overinvolved parents tend to live vicariously through their kid’s sport success. The second category refers to the moderately involved parents. This type of parents` main concern is to create a beneficial balance between their kid’s and the coach. They attend competitions and some practices but they leave the coaching completely up to the coach. However, according to what I believe, one of the most important elements of this kind of parents is that they allow their kids to make their own decisions about goals, participation and commitment. Lastly, Hellstedt concluded by describing the underinvolved sport parents. Underinvolved parents show little or no interest in the kid’s sport and progress. They lack investment of emotional, financial, and/or practical energy in their kid’s sports activities and in addition, they don’t put much effort in guiding their kids through their sporting experience.

From my point of view, Hellstedt explained brilliantly the different family systems of children´s sports participation. I strongly believe that balance can be found somewhere between over and under involvement behaviors. However, in order to find and keep this balance, sometimes we might need to cross the boundaries of over- and under involvement depending on the nature of the situation.

At this point I want to spend some time and describe the two different types of problems or stressors that sports families have to deal with during their kids` sport participation. On the one hand, horizontal stressors are challenges that families face over time (Hellstedt, 2000), especially during transition times. Horizontal stressors include phases when kids move from sampling a variety of sports to specializing in one sport, or during an unexpected transition, such us being cut from a team due to an injury. Families with more than one kid or long-term sport participation (school è college è professional) are more often affected by horizontal stressors and it’s completely up to the families’ philosophy and ability to deal with and smoothly overcome these kinds of issues. Additionally, sport families have to deal with some vertical stressors, which in contrast are psychological issues that are passed down in families through generations, such as unsolved grief, family secrets and mental illnesses (Hellstedt, 2000). For example, parents that were good athletes when they were young but had an unlucky incident in their athletic career might believe that they can have a second chance through their child. Consequently, young athletes might compete even though they are injured, or they may continue participating in sports even if they want to quit just because of generational family expectations. The magnitude and the potential for conflict becomes even greater when there is an intersection between vertical and horizontal stressors, and that is the point when the family might benefit from asking for external help from a specialist like a sport – or even a clinical – psychologist.

Summing up, sports parents can be under, moderate, or over-involved. Parents have to cope with new stressors that arise throughout the developmental process, and/or have to deal with stressors that are passed down in families through generations. Therefore, by keeping the theory in mind and by seeking expert opinion from time to time we can reduce any negative impact and make sports an enjoyable and a learning experience for our kids.

Anastasios Rodis is an exercise physiologist at Aspetar Orthopaedic and Sports Medicine Hospital in Qatar. Anastasios holds a European Masters in Sport and Exercise Psychology (Lund Universitet, Sweden/Leipzig, Germany). He has also completed an M.Sc in Applied exercise physiology (University of Bangor, wales, UK) and a B.Sc in Sport Sciences (University of Portsmouth, UK). Anastasios has 15 years of athletic history in track and field. He has worked as a sport psychologist with elite Swedish swimmers. He has also efficiently cooperated as an exercise physiologist with Panathinaikos football club and worked with elite athletic teams, individual athletes as well as patients with musculoskeletal injuries. His main focus is the promotion of exercise and healthy lifestyle by using and combining both physical and mental techniques.
View all posts by Anastasios Rodis →
This entry was posted in sport & exercise psychology and tagged kids in sports, parental behavior, sport parents, sport psychology, youth sports. Bookmark the permalink.